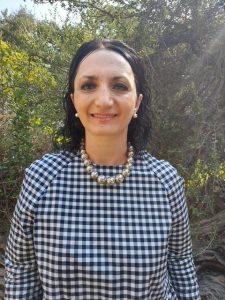 Liana Gaughan is originally from Yerevan, Armenia, where she studied at the prominent Yerevan Komitas State Conservatory of Music, there she received her Master’s in Violin Performance and Violin Pedogogy.While attending the Conservatory, she was chosen to become a principal second violin of Tagharan Early Music Ensemble, an International chamber group that traveled and performed throughout Eastern Europe as well as Western Europe.She recorded multiple CDs with that group that were released in Armenia, China, UK and Russia.

In 2010, Liana ‘s whole studio participated in a fundraser concert at the Hungarian Cultural Center in Los Angeles and helped to raise money to build a new music school in Hungary.

Liana Gaughan is co-founder of Suzuki Talent Education of Pasadena, (STEP) where she taught for 10 years.

She resides in Pasadeana with her husband and 2 children.